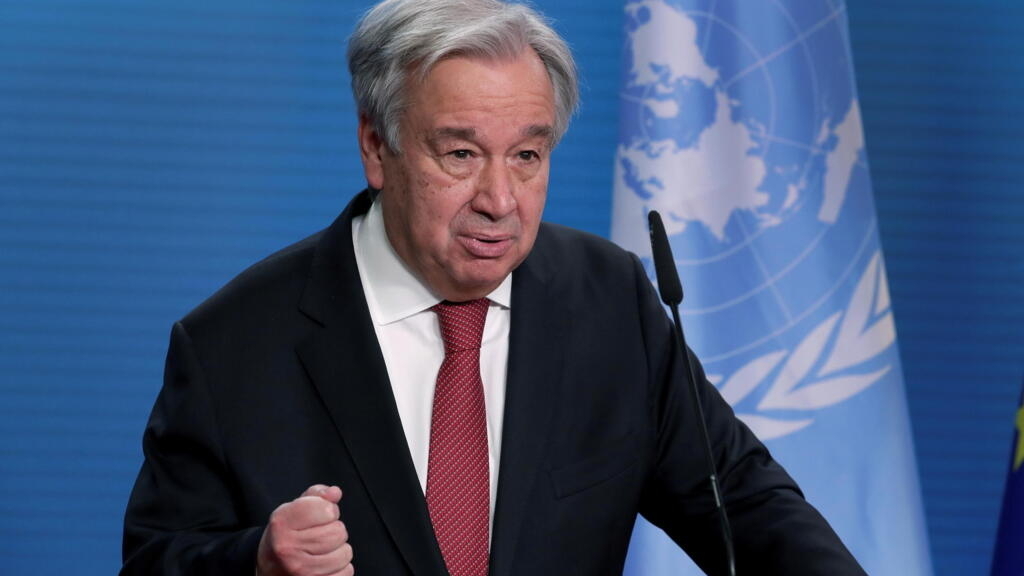 Secretary-General Antonio Guterres officially declared Monday he is seeking a second five-year term at the helm of the United Nations.

Guterres, whose current term ends next Dec. 31, said in a letter to General Assembly President Volkan Bozkir that “It would be my honour to continue to serve the organization in pursuing its purposes and fulfilling its noble objectives.”

The former Portuguese prime minister and U.N. refugee chief was elected by the 193-member assembly to succeed Ban Ki-moon after a hotly contested and transparent race in October 2016 that initially included 13 candidates — seven women and six men. Guterres took office on Jan. 1, 2017.

“I am available to serve a second term as secretary-general of the United Nations, if that will be the will of member states,” Guterres said in a letter to Bozkir obtained by the Associated Press.

Several diplomats have said Guterres was waiting for the results of the U.S. presidential election and would not have sought a second term if Donald Trump won. But another diplomat familiar with his thinking said Guterres, after more than 40 years of public service, would have felt he couldn’t desert the U.N. if Trump had defeated President-elect Joe Biden who takes office on Jan. 20.

U.N. spokesman Stephane Dujarric said Guterres was responding to a letter from Bozkir on Friday asking his “intentions regarding a second mandate.”

The secretary-general spent time over the holidays speaking to his family, Dujarric said, and “I don’t think any particular elections cycle in any particular country impacted his decision.”

Dujarric said Guterres informed the five permanent members of the Security Council — the United States, Russia, China, Britain and France — on Friday. China’s U.N. Ambassador Zhang Jun hosted a lunch for the P5 ambassadors, as they are called, with the secretary-general on Friday, diplomats said.

The General Assembly elects the secretary-general on the recommendation of the 15-member Security Council where the five permanent members have veto power, so their support is crucial.

Guterres, 71, got his first key vote of support late Monday.

British Prime Minister Boris Johnson “warmly welcomed the secretary-general’s decision to run for a second term and congratulated him on a successful first term,” his office said following a virtual meeting between the two leaders.

Guterres also spoke to leaders of the U.N.’s regional groups on Friday and sent a letter to the Security Council on Monday, the U.N. spokesman said.

As for next steps, a General Assembly resolution adopted in September 2015 asks the presidents of the assembly and Security Council to “start the process of soliciting candidates for the position of secretary-general through a joint letter addressed to all member states.”

Assembly spokesman Brenden Varma said president Bozkir spoke to Tunisia’s U.N. Ambassador Tarek Ladeb, this month’s council president, on Monday and will meet with him Tuesday, among other things to discuss “the next steps in this process.”

The 2015 resolution, which was adopted by consensus, made the previously largely secretive selection of the secretary-general more open and transparent. It allowed the world body’s member states for the first time to see basic information about all candidates, including their resumes, and to meet and question them at open sessions.

Just before Christmas, a group of 25 nations from all regions called the Accountability Coherence and Transparency group wrote to the General Assembly and Security Council urging that the selection process meets “at a minimum” the 2015 standards of transparency and involvement of U.N. members.

Guterres’ election was a disappointment to women, who have never held the U.N.’s top job, and to East Europeans who have never had a secretary-general from the region. It was supposed to be next in the informal geographical rotation for U.N. chief when Guterres, a West European was elected.

Since this will be the first time an incumbent is seeking a second term following the resolution’s adoption, and it isn’t yet known whether there will be any other candidates, the next steps are unclear.

Guterres said in his reply to Bozkir: “In line with the strong interest of the General Assembly regarding transparency and inclusivity, I am ready to fully meet the expectations referred in your letter, notably with regard to the submission of a vision statement and to the participation in an informal dialogue with member states.”

The secretary-general said in the letter that he has worked to reform the United Nations “to meet the aspirations of member states, striving for the dignity and the well-being of people, while ensuring the sustainability of our planet for future generations.”

On the day of his election, Guterres pledged to be “a bridge-builder” and to promote a new “diplomacy for peace.”

But the last four years have seen the United Nations, the global bastion of multilateralism, and its leader trying to deal with an increasingly polarized world facing a pandemic, regional conflicts, a shrinking economy, growing inequality and escalating U.S.-China tensions.

Covid-19: Nurses call for better masks to protect all staff

Ex-President Trump’s impeachment trial to begin in US Senate week of Feb. 8