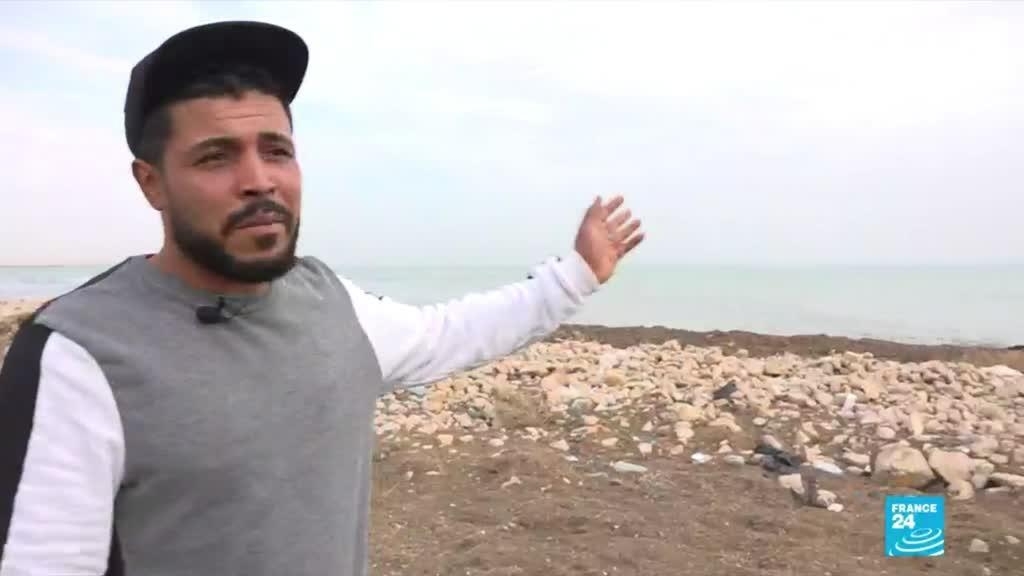 This week marks ten years since deposed strongman Zine al-Abidine Ben Ali fled Tunisia, the first to fall as the 2011 Arab Spring took hold across North Africa and the Middle East. But since 2017, the number of those arriving in Italy from Tunisia illegally has risen sharply. Fed up of waiting for the revolution to benefit them financially at home, some risk it all to try to reach Europe. FRANCE 24 brings you the second instalment in a series of four reports this week from Tunisia, a decade after the dawn of the Arab Spring.

In the Tunisian port city of Sfax, the so-called “harragas”, literally “border burners”, are willing to do anything to reach Europe, attempting the dangerous journey several times if necessary. One told FRANCE 24, “In my country, I’m as good as dead. I’m barely alive, so I’m not afraid of death.” Sfax is a strategic spot, he explained, the closest point to the Italian island of Lampedusa. Young people from Sfax regularly band together to buy passage from a smuggler.

One Tunisian people smuggler told FRANCE 24 he had little choice. He says it would take him 20 years to earn 5,000 dinars in Tunisia, whereas he one smuggling trip can earn him 15,000 dinars.

FRANCE 24’s Karim Yahiaoui and Mohamed Farhat have this report from Sfax, voiced by Peter O’Brien. To watch, click on the video player above.

What to expect on Covid-19, the economy and immigration

Oxygen supplies are running low in the Brazilian town of Iranduba

‘We will not go back to business as usual’: The far right after Trump

Military medics to help in Shropshire hospitals due to staff shortages