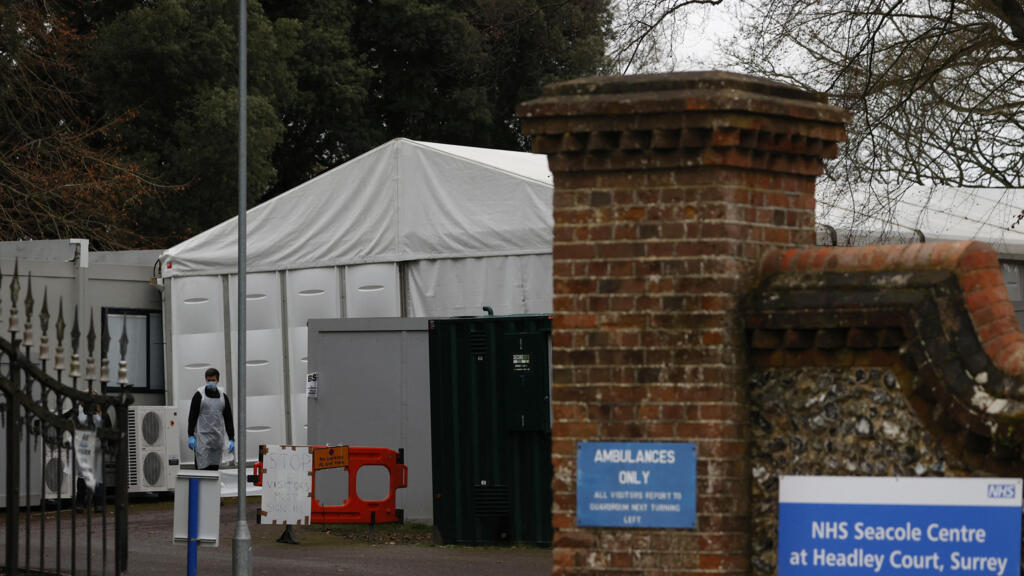 England’s chief medical officer warned Monday that the coming weeks would be the worst of the pandemic for the National Health Service as he appealed to the public to strictly follow guidelines meant to prevent the spread of the disease.

Chris Whitty said political leaders are considering tightening the rules as a new, more transmissible variant of COVID-19 aggravates an already difficult situation. Hospitals are overflowing and exhausted medical staff are under strain.

“I think everybody accepts that this is the most dangerous time we’ve really had in terms of numbers into the NHS,’’ Whitty told the BBC.

The warning comes as hospitals in England struggle to keep up with a surge in coronavirus infections that has seen the number of beds filled by COVID-19 patients rise steadily for more than a month. English hospitals are now treating 55% more COVID-19 cases than during the first peak of the pandemic in April.

“In a sense, tinkering with the rules may be useful, but the far more important thing is that everybody abides by the spirit of the rules that are there at the moment,’’ Whitty said. “Everybody knows what they need to do. And I think that’s the key thing — minimize the number of contacts.”

England last week entered a third national lockdown that closed all nonessential shops, schools, colleges and universities for at least six weeks. But police report many violations of rules that require people to stay home except for essential reasons such as exercise and grocery shopping.

The prime minister’s spokesman, Jamie Davies, said rules allowed people to be outdoors for “exercise, not socializing,” but there is confusion over where the line should be drawn — for example, whether walking with a takeaway coffee counts as exercise. When asked in a briefing if people were allowed to sit alone on a park bench: “Let me take that away and come back to you,” he said.

The government hopes the restrictions will reduce the strain on the NHS while it ramps up a nationwide mass vaccination program. Seven large-scale vaccination centers are set to open Monday, joining around 1,000 other sites across the country, including hospitals, general practitioners’ clinics and some drugstores.

At one center in Stevenage, north of London, medical personnel administering the shots described the mood as filled with relief and joy.

“They’ve been quite emotional actually, really pleased that there is some hope at the end of this tunnel, this very long tunnel for everybody,” said Caroline Shepherd, clinical expert for immunizations at Hertfordshire Community NHS Trust. “A few people quite teary, saying ‘I’m really pleased to be here, thank you so much, we’re really grateful for the NHS'”.

More than 2 million people in the UK have received a COVID-19 vaccine so far, Prime Minister Boris Johnson said during a visit to a center in Bristol. The government’s goal is to vaccinate 15 million people by mid-February, targeting people over 70, front line healthcare workers and others who are especially vulnerable to the virus. That will protect people who account for almost 90% of coronavirus-related deaths and may allow restrictions to be eased, the government says.

“We cannot be complacent,” Johnson said. “The worst thing now would be for us to allow the success in rolling out a vaccine program to breed any kind of complacency about the state of the pandemic.”

UK vaccinating 140 people per minute, says supply not as good as hoped