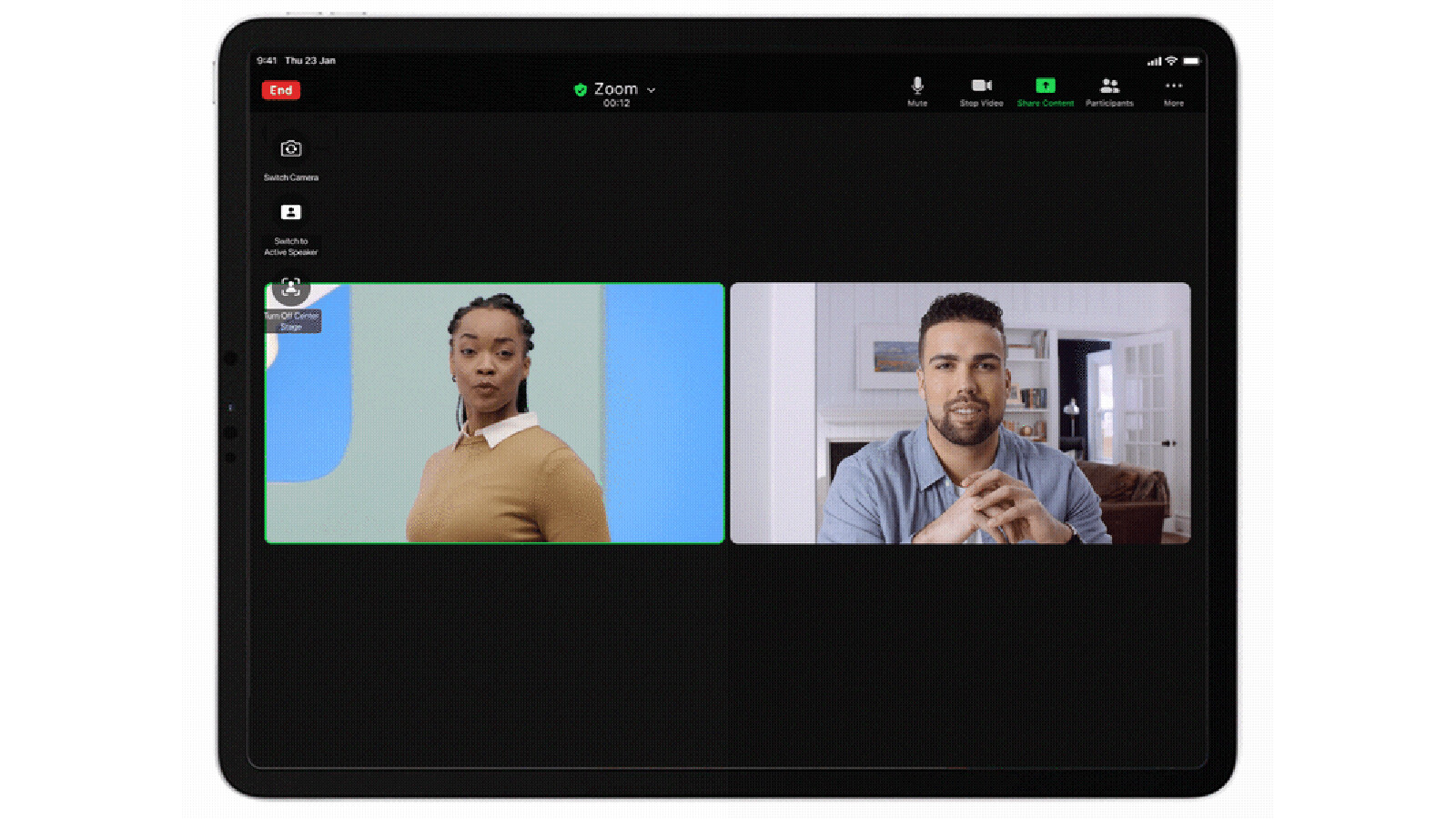 A month after Apple announced its new Center Stage feature for M1 iPad Pro users, Zoom has confirmed that it’s introducing support for the video call option that follows users around a room.

Use Center Stage on Zoom for iPadOS

Center Stage is available for 11-inch and 12.9-inch iPad Pro (2021) users starting today with version 5.6.6 of the Zoom for iPadOS app. Users will be able to toggle the feature on and off with a dedicated button on the left side of the UI.The feature uses the new ultra-wide selfie camera to always keep users in frame. Center Stage also detects when others join or exit the frame, automatically cropping or zooming out accordingly to fit everyone in.

Also on the way is an improvement to Zoom’s Gallery view on the iPad Pro. Until today, it could show a maximum of 25 tiles, but Zoom’s taking better advantage of the 12.9-inch model’s extra screen real estate and will now show up to 48 tiles.

Users will be able to adjust the number of people shown in Gallery view on an iPad by pinching the display with two fingers to zoom in and out. This feature is also part of the version 5.6.6 update that’ll be rolled out to the App Store this week.

The Inequality of the GoFundMe Economy

The DJI Mavic Mini gets a tidy Prime Day discount

Corsair drops some deals on gaming headsets for Prime Day