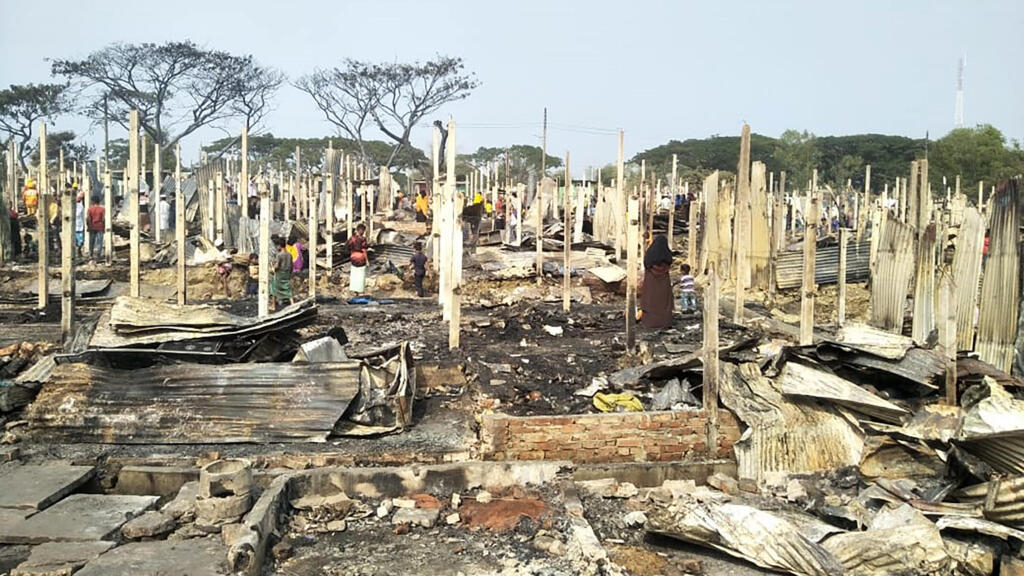 More than 2,000 Rohingya refugees in a camp in Bangladesh were left homeless Thursday after a blaze ripped through over 500 shacks in the early hours, an official said.

There were no deaths but at least 10 people were injured as they escaped the fire at around 2:00 am (2000 GMT Wednesday) at the Nayapara camp, Bangladesh‘s refugee commissioner Rezwan Hayat said.

“The houses were made of tin and bamboo. We have immediately supplied hot food and bamboo and tarpaulins to the affected people to reconstruct their homes,” he said.

He added that a cooking gas cylinder — used widely in the camp — was the suspected cause.

A fire broke out last night in Nayapara Camp

Volunteers and refugees were the first responders, then the fire dept. rushed in

Nayapara in southeast Bangladesh is home to tens of thousands of Rohingya refugees originally from Myanmar, including many who have been living there since the 1990s.

Other squalid and congested camps in the area are home to nearly 900,000 Rohingya, most of whom fled a brutal military offensive by Myanmar’s military in 2017.

Save the Children’s Bangladesh director Onno van Manen said the fire was “another devastating blow for the Rohingya people who have endured unspeakable hardship for years”.

“It stands as another ghastly reminder that children stuck in the camps… face a bleak future with little freedom of movement, inadequate access to education, poverty, serious protection risks and abuse including child marriage.”