Devices from France’s Carmat to go on sale in Europe 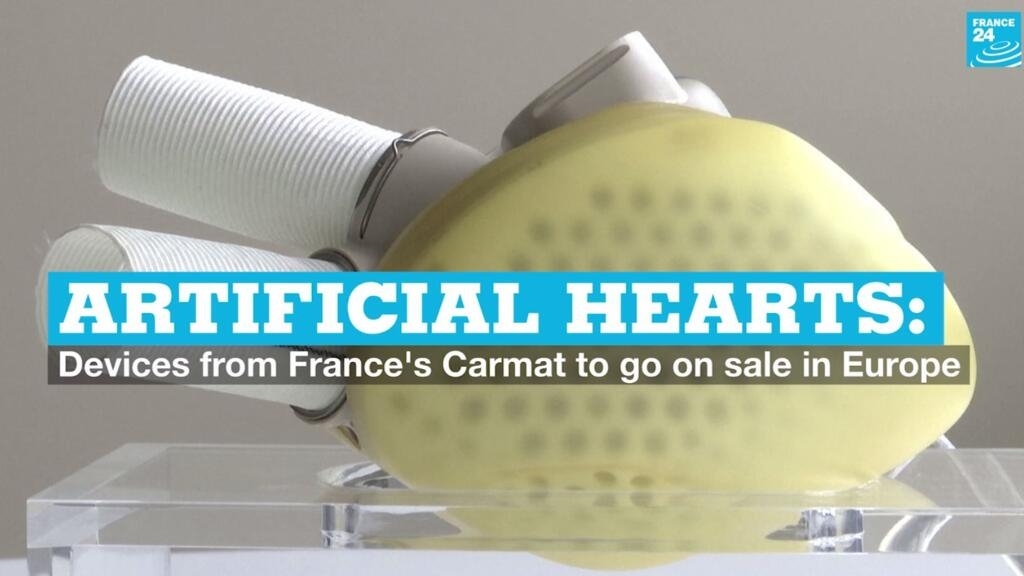 Artificial hearts that could prove a lifeline for those suffering from deadly heart failure are set to go on sale in Europe after the devices from French company Carmat were granted regulatory approval.

Carmat says it now plans to begin sales of its artificial heart, named Aeson, in the second quarter of this year.

The device is designed to mimic a real heart using biological materials and sensors.

Weighing 900g and powered by batteries, it essentially acts as a mechanical pump to regulate blood flow.

“The idea behind this heart, which was born nearly 30 years ago, was to create a device which would replace heart transplants, a device that works physiologically like a human heart, one that’s pulsating, self-regulated and compatible with blood,” Stéphane Piat, Carmat’s CEO, told Reuters.

The device is designed to replace a real heart for years in patients with end-stage biventricular heart failure. But for now, it has only been approved as a temporary implant for those awaiting a heart transplant.

Heart disease is a leading cause of death worldwide and shortages of donors for transplants are a common problem.

According to several estimates, around 2,000 biventricular heart failure patients are on transplant waiting lists across Western Europe.