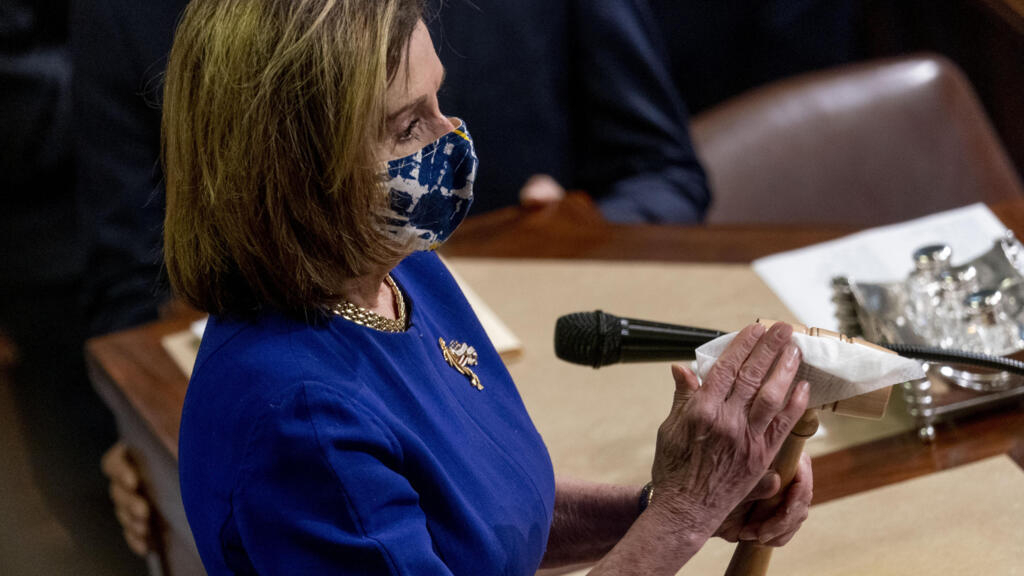 Congressional Democrats on Monday began their drive to force President Donald Trump from office, formally introducing a resolution containing a single article of impeachment on charges of “incitement of insurrection” for his role in the attack on the US Capitol last week.

The impeachment resolution noted that Trump addressed a rally shortly before his supporters mounted the January 6 assault and said he made statements that “encouraged and foreseeably resulted in” the lawless actions at the Capitol.

The move came as Republicans on Monday blocked another Democrat resolution calling on Vice President Mike Pence to invoke the 25th Amendment of the Constitution and remove Trump from the White House.

The never-used 25th Amendment of the US Constitution allows the vice president and the Cabinet to remove a president deemed unfit to do the job.

A stunning end to Trump’s final 10 days in office was underway as lawmakers warned of the damage the president could still do before Joe Biden was inaugurated on January 20. Trump, holed up at the White House, was increasingly isolated after a mob rioted in the Capitol in support of his false claims of election fraud.

‘Gravely endangered the security of the United States’

House Speaker Nancy Pelosi is leading efforts to remove Trump by introducing a four-page impeachment bill drawing from Trump’s own false statements about his election defeat to Biden; his pressure on state officials in Georgia to “find” him more votes; and his White House rally ahead of the Capitol siege, in which he encouraged thousands of supporters to “fight like hell” before they stormed the building on Wednesday.

A violent mob of Trump supporters overpowered police, broke through security lines and windows, and rampaged through the Capitol, forcing lawmakers to scatter as they were finalising Biden’s victory over Trump in the Electoral College.

“President Trump gravely endangered the security of the United States and its institutions of Government,” the legislation said.

The bill from Reps. David Cicilline of Rhode Island, Ted Lieu of California, Jamie Raskin of Maryland and Jerrold Nadler of New York, said Trump threatened “the integrity of the democratic system, interfered with the peaceful transition of power” and “betrayed” trust.

“He will remain a threat to national security, democracy, and the Constitution if allowed to remain in office,” they wrote.

A Republican senator, Pat Toomey of Pennsylvania, joined Republican Sen. Lisa Murkowski of Alaska over the weekend in calling for Trump to “resign and go away as soon as possible.”

Lawmakers warned of the damage the president could still do before Biden is inaugurated.

“We will act with urgency, because this president represents an imminent threat,” Pelosi said in a letter late Sunday to colleagues emphasising the need for quick action.

“The horror of the ongoing assault on our democracy perpetrated by this president is intensified and so is the immediate need for action.”

During an interview on “60 Minutes” aired Sunday, Pelosi invoked the Watergate era when Republicans in the Senate told President Richard Nixon, “It’s over.”

“That’s what has to happen now,” she said.

Watch our special Debate: Washington under lockdown for Trump-Biden transition

What’s the deal with this video of a so-called “doctor” claiming Bill Gates wants to kill three billion people?

Covid in Scotland: Schools to stay closed as lockdown extended